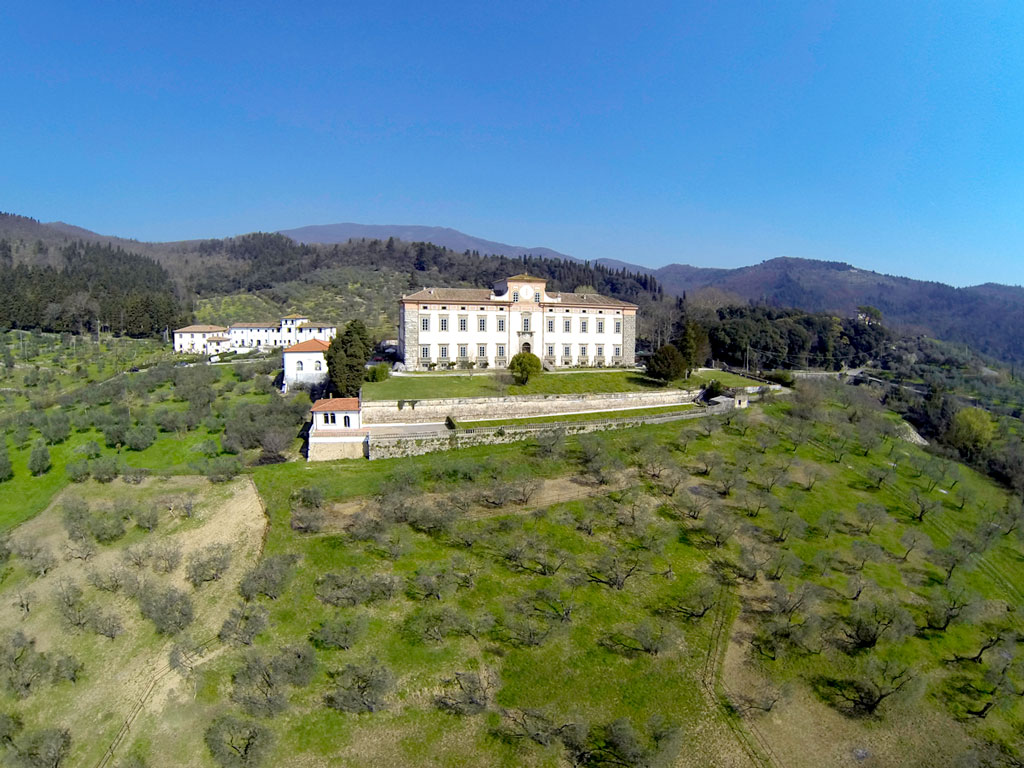 The size and current layout dates back to the sixteenth century when the building was rebuilt practically from scratch in the 1530s for Bartolomeo (Baccio) Filippo Valori, who had greatly increased his possessions in the area during the course of the 14th century. The imposing size of the building, unusual in the sixteenth century in Florentine territory, was to emphasize its function of demonstrating predominance in competition with that of the administrative centre. This was why B. Varchi defined it as “a Villa more than Royal”. In 1557 the villa became property of the Rossi, Lords of San Secondo, under whom it remained for more than a century, until 1693 when it was purchased for twenty-one thousand scudi by Francesco Tempi.

In 1714 Francesco Tempi achieved nobility by declaring the estate a “Marquisato” and himself a Marquis. The estate was handed down through the generations until the family’s extinction in 1770. The villa then passed to Ferdinand Marzi Medici, who took the title of Marquis Tempi with the estate. In 1847 this family also became extinct, the last heir being Luigi Tempi who passed the property to his niece Maria Ottavia Vectors Guerrini. In 1937-38 the estate was bought the Coppedè.

Despite the enormous fame this building enjoyed from the time it was built the name of the architect is unknown. In 1598 Giorgio Vasari the Younger, drew a plan of the villa and inserted it amongst the most representative buildings of that particular time. The original half moon floor plan of the villa (similar to the present day building), was unique in the area around Florence for the period. It may have been inspired by the architecture of the Farnesina by Baldassare Peruzzi (1505-1511). Research about former ownership and a valid attribution as to the architect was not made until after the war. Giuseppe Marchini has approached the project to the work of Baccio d’Agnolo, noting also links with the works of the Florentine architect Simone del Pollaiolo (known as Cronaca) who designed Palazzo Corsi and Palazzo Guadagni. (Where are these palaces?)

STRATOGRAPHIC TESTS AND RESEARCH
Regarding stratigraphic tests made in various rooms on layers of ancient plaster, no special decoration or painted motives were discovered. In vaulted rooms on the ground floor small portions of nineteenth-century decoration were found but only on the walls. Border motives at the base of the wall and following the arch of the vault and a floral ellipse motive on the lower half of the wall and again higher up, but no decoration worthy of note was found. On the vaults only uniform colouring of scarce interest was evident. 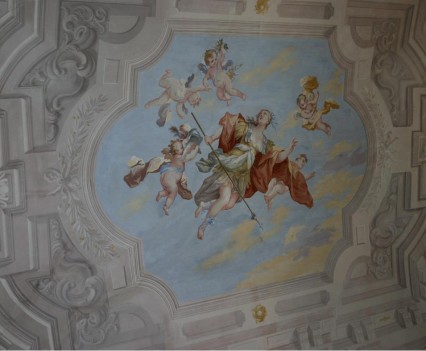 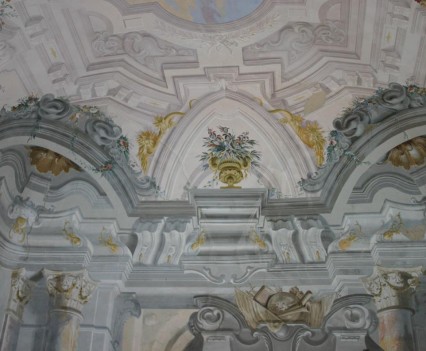 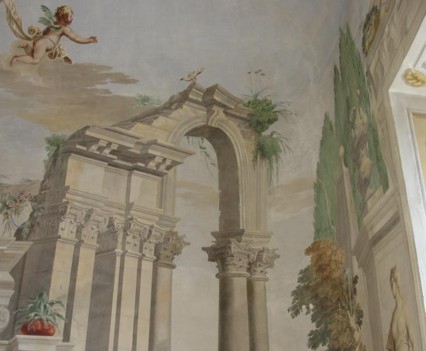 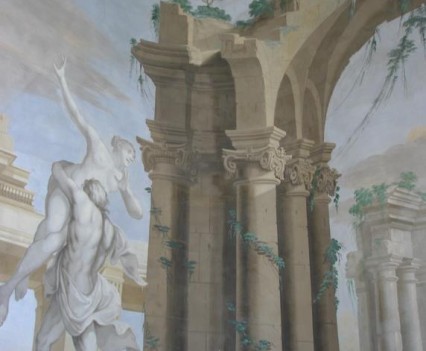 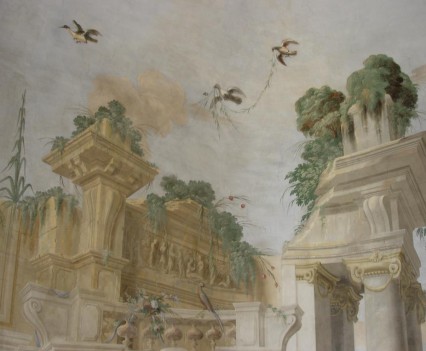 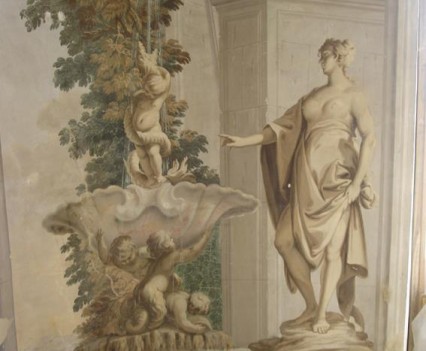 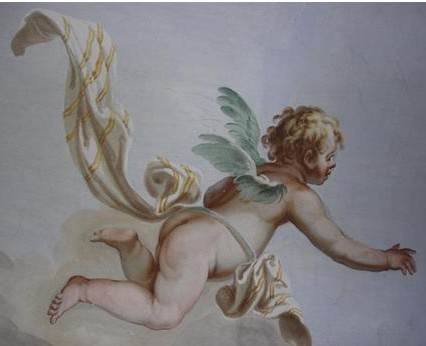 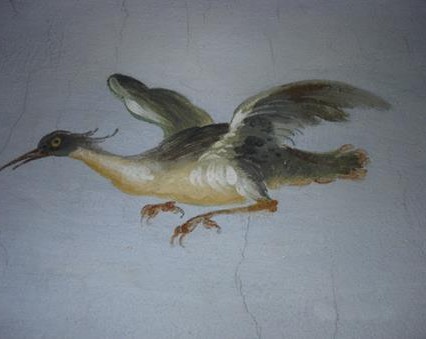 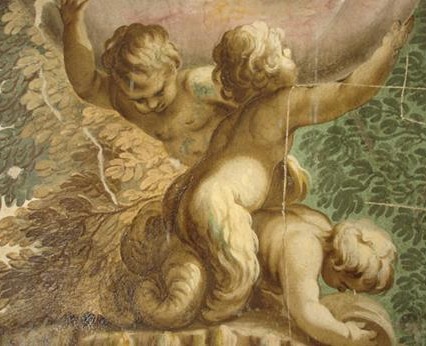 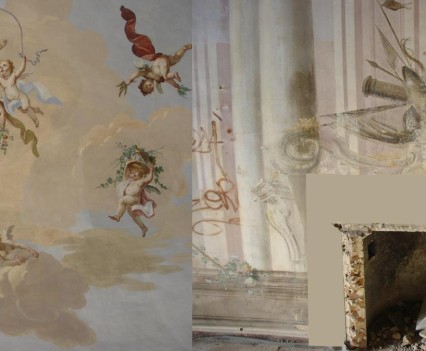 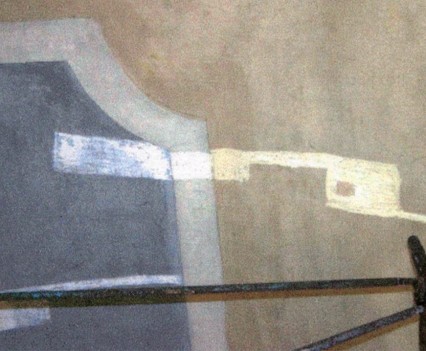