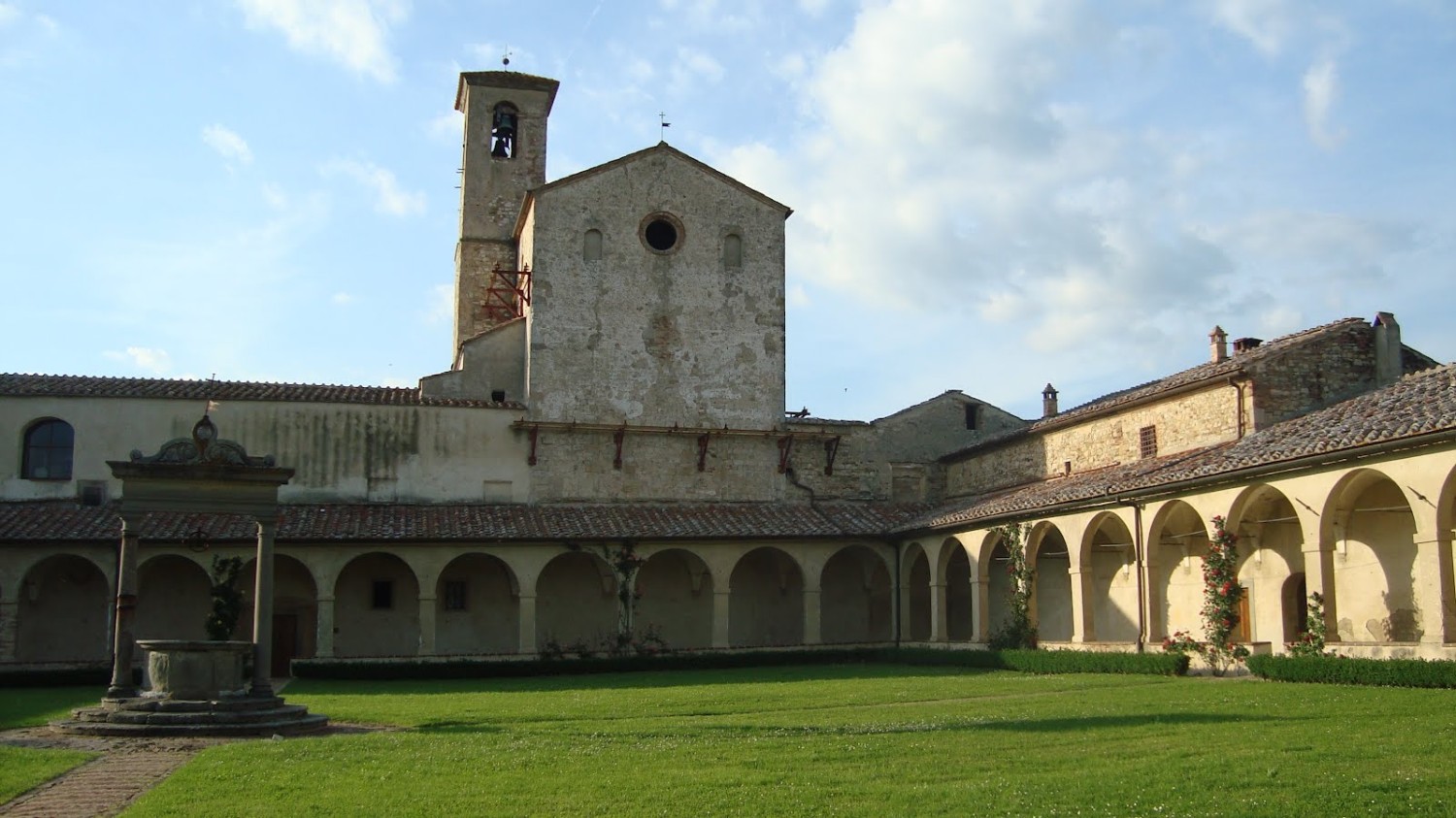 CONDITIONS OF DECAY
Large cracks in the vault caused by structural collapse due to previous earth tremors and to the annually repeated weight of harvest products in the barn above, had caused areas of the pictorial song cycle and the plaster support to fall off. On the outside of the church along the wall corresponding to the presence of the pictorial decoration inside, ran a rain water gutter. Breaches in this conduit led to an accumulation of harmful salts penetrating the masonry of the wall which severely compromised the painted area.
Added to this organic substances that have penetrated the plasterwork have encouraged the proliferation of fungal colonies. The conditions of this pictorial cycle were so serious that already in the earlier nineteenth-century restoration some sections had been replaced. During restoration work in the sixties scenes of the first section near the entrance had been detached and remounted on fiberglass panels. Over the last thirty years conditions had become so serious as to cause concern about a total loss of the work.

RESTORATION PROCEEDURE
After erecting the scaffolding, unsafe areas were made secure by the application of Japanese tissue paper attached with reversible animal glues. Thorough removal of dust and debris accumulated in the intersections and projecting areas allowed preparation for more detailed investigations. A preliminary cleaning with distilled water to remove only dust and to permit the first structural consolidation work in areas most seriously affected by cracking.  Finally work proceeded to an in depth consolidation and the subsequent pictorial restoration was undertaken with the utmost respect for the painting and its history. 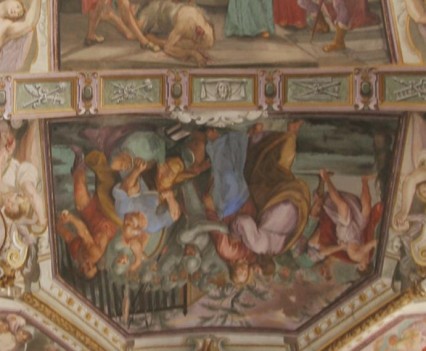 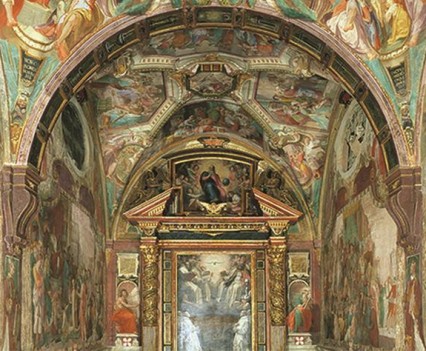 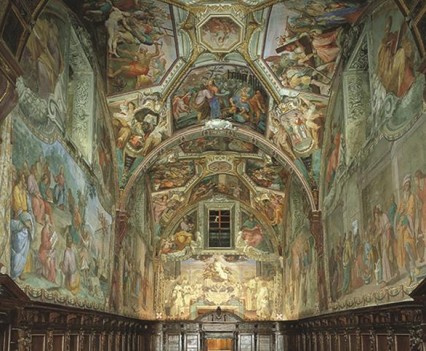 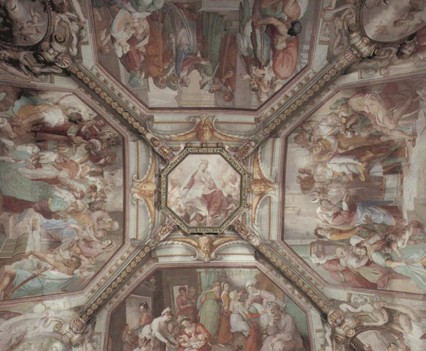 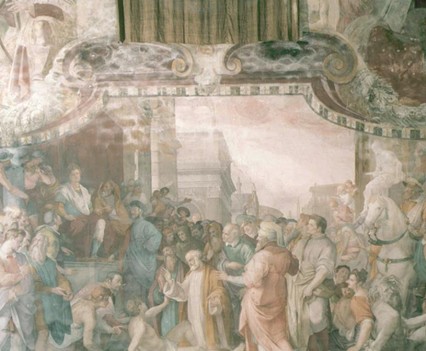 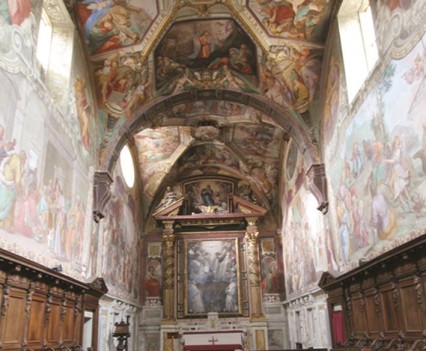 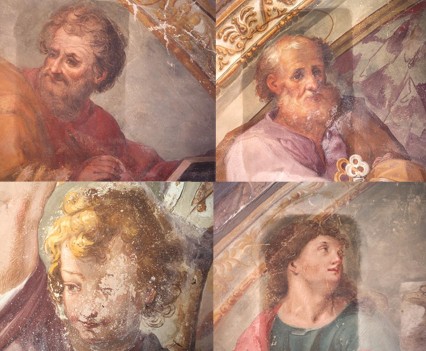