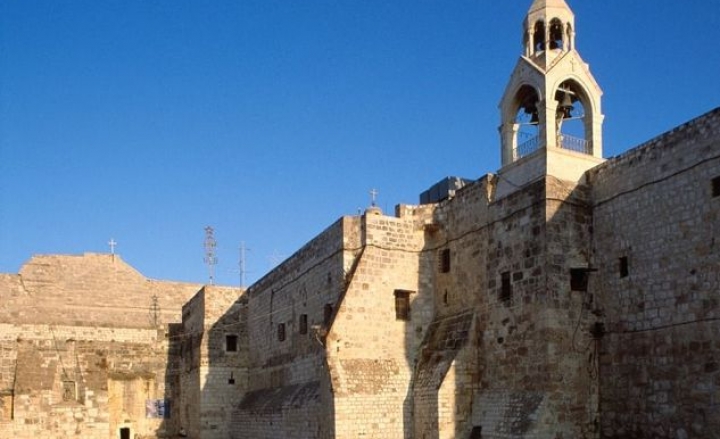 Realtà Mapei n° 145 – The Church of the Nativity in Bethlehem

Realtà Mapei n° 145 – The Church of the Nativity in Bethlehem

Restoration work on the Church of the Nativity in Bethlehem – one of the most popular sites for pilgrims visiting the Holy Land – started in September 2013 and is still in progress.

Along with Piacenti SpA from Prato (Central Italy), the company which directed and carried out the consolidation work, Mapei and its products and systems for strengthening and restoring wooden structures played an active part on this complicated and particularly significant site.

The prestigious basilica is one of the most antique Christian churches and is steeped in spirituality. It was built around 330 AD by Emperor Constantine and his mother Elena on the ruins of an ancient Pagan temple, where the first Christians celebrated the birth of Jesus. Rebuilt and extended in the 6th century by Emperor Justinian I, it was modified again during the Crusades era and then again over the following centuries, and is today a monument of considerable historical and artistic significance.

Over the course of the centuries a Franciscan convent, an Orthodox monastery and an Armenian monastery were built around the structure. This is why there are now three different Churches (Roman Catholic, Greek Orthodox and Armenian) jointly administering this place of worship which, since 2012, has been an UNESCO World Heritage Site.

The recent restoration work on this symbol of Christianity has never interrupted the wave of pilgrims visiting the Church, which is why this site stands out in particular for the complexity of the logistical operations to manage and carry out the work, made even more difficult by the range of skills required to carry out the work and the organisation and transfer of all the resources required for the work.

Read the complete article on mapei.com